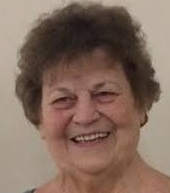 Peggy Ann (Davis) Adams, age 73, of Clairton, passed away on Monday, July 8, 2019 at Lawson Nursing Home. She was a retired computer programmer at Mellon Bank, in Pittsburgh.  Born May 17, 1946 in McKeesport, she was a daughter of the late Edward and Ruth (Rea) Davis. She is survived by her children Kimberly Adams of Clairton, William (Kimberly) Adams of Coal Center, Timothy Adams of Clairton, and David (Michelle) Adams of Elizabeth; grandchildren Courtney, Jaden, Cory, McKeylee, and Marissa Adams and Christie Stapf; great-grandchildren Cameron Saunders and Weston Bauer; siblings Georgene Stapf, Shiela Clien, Robert Abraham, and Edward Davis Jr.; also nieces and nephews. In addition to her parents, she was preceded in death by a brother, George Abraham.

Friends will be received in the A.J. Bekavac Funeral Home on Wednesday, July 10, 2019 from 2-4pm and 6-8pm. A service will be held on Thursday, July 11, 2019 at the funeral home at 10am officiated by Rev. Jude Urso. Burial to follow at Round Hill Cemetery.