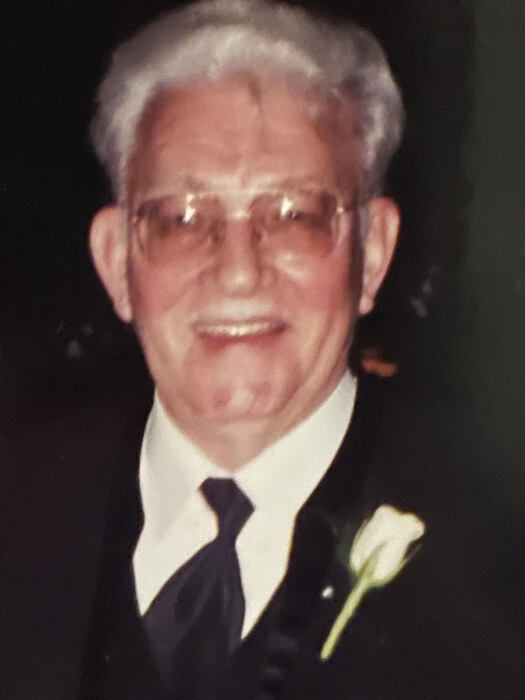 Matthew L. "Bones" Haramia, age 85 of Jefferson Hills, passed away on Saturday, September 18, 2021 in Jefferson Hospital.  Born July 12, 1936 in Clairton, he was a son of the late Matthew "Mike" and Gwen (Williams) Haramia.  A US Army Veteran of the Korean War, Matthew retired as an electrician with US Steel - Clairton Works.  He will be remembered as a true do-it-yourself-er who was always willing to lend a helping hand to anyone who needed it.

Matthew is survived by his wife of 60 years Helen M. (Yonek) Haramia; his sons Darren (Donna) Haramia of Munhall and Brian (Lorna D.) Haramia of Jefferson Hills; his grandchildren David (Carol) and Robert (Darlene) Cochenour, Christina Lohman, Stephanie Catchot, and Corinne Galloway; his many great-grandchildren; his siblings Robert (Catherine) Haramia of Clairton and Janet (William) Clelland of Houston, TX; his nieces Lauren Krupp, Courtney Reed, Marci Provins, and Kimberly Stanfield; and sisters-in-law Barbara (Regis) Fiore and Deborah Yonek.  Friends will be received in the A.J. Bekavac Funeral Home, Clairton, on Wednesday, September 22, 2021 from 3 PM to 6 PM.  A Funeral Service will be held on Thursday, September 23, 2021 at 10 AM at the funeral home with Rev. Jude Urso officiating.  Procession and burial with military honors will follow in Round Hill Cemetery, Elizabeth Twp..